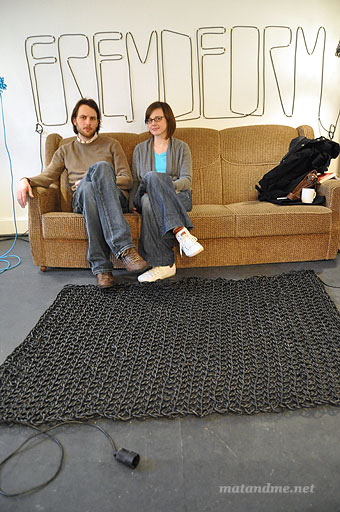 pierre kracht + katrin füser at the designers fair 2010 in cologne

pierre kracht is a product designer. katrin füser is a graphic designer. the dortmund-based couple lives and works together. they realised that they complement each other well. that’s why they founded fremdform, a studio which ‘develops visions and concepts for interior space’.

last year I visited pierre and katrin in their apartment. I went there because I was asked to contribute to the heimatdesign magazine shortly after I met pierre at the design week 2009 in milan. I have seen his work in couple publications and was surprised to hear about a product designer from dortmund. that’s why I suggested to interview him for a story.

when I found myself at their place we become so involved into discussions that I have stayed several hours. we talked mainly about the pros and cons of establishing a design studio in a quite unpopular city like dortmund. somehow, we have not really come to a conclusion. It probably doesn’t has to depend on the city. at least dortmund has now a design studio which should definitely be taken care of. 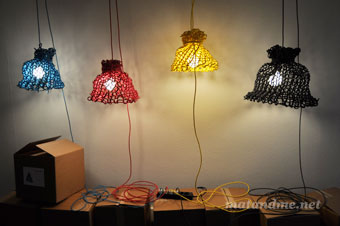 k?te by pierre kracht, lamp made of pvc cables 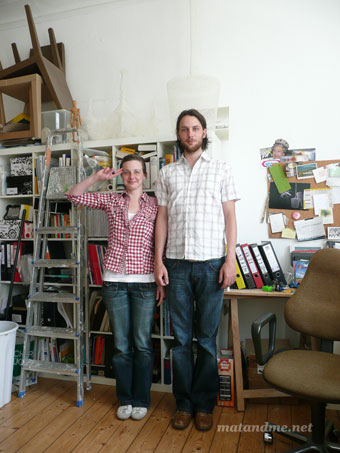 pierre kracht + katrin füser in their work space in dortmund, 2009 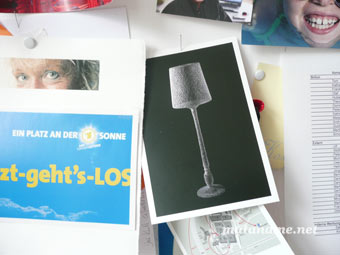 wrapped, lamp made of epoxy + yarn 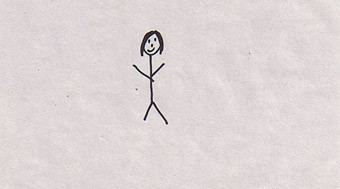 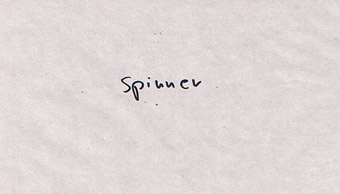 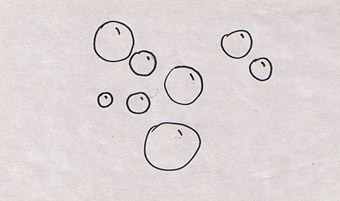 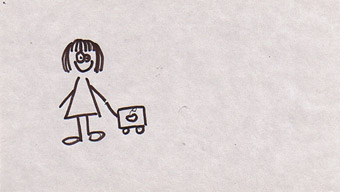 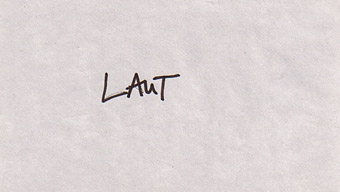 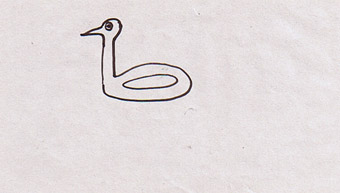